The Avoca silo displays the first glow in the dark artwork in the Australian Silo Art Trail…and possibly the world!

There is also an interactove glow wall set on the Pyrenees Ranges below the owl where you can draw your own artworks using nothing more than light from a torch or phone torch.

How to reveal the starburst sky feature:

How to use the glow wall feature: 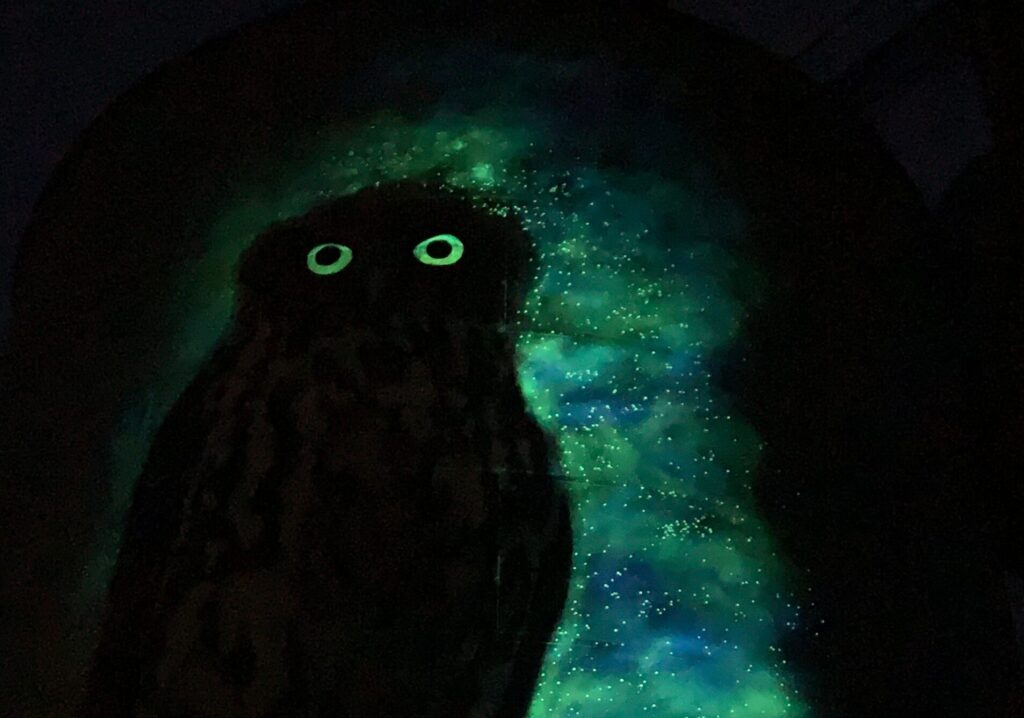